by Editor
in HEALTH, WORLD
0

Australia’s remote Northern Territory (NT) will keep its borders closed to coronavirus-affected states for at least another 18 months, officials say.

Australia is battling a second wave in its south-east, with about 8,000 active cases in Melbourne and smaller clusters in Sydney.

But elsewhere around the country, the virus has effectively been eliminated. 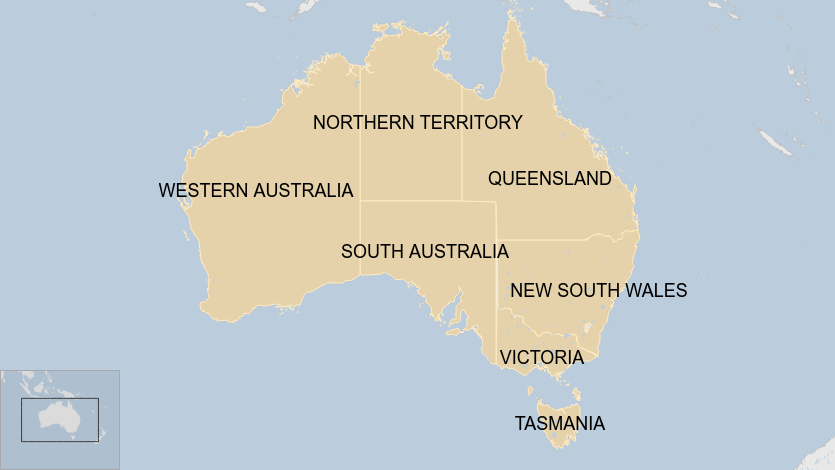 Officials in the sparsely-populated NT, which hasn’t had an infection since May, said an “18-month window” barring visitors from virus hotspots was just a “conservative” forecast.

People from those hotspots can still enter the territory but must complete a mandatory 14-day hotel quarantine at their own cost, which has been an effective deterrent.

Chief Minister Michael Gunner said he was determined to prevent spread from the Victoria – of which Melbourne is capital – and New South Wales.

Borders have been open to other states’ residents since 17 July.

“We have got an indefinite ban on Victoria, and Sydney keeps bubbling away to a point so I can’t give you a date where that would ever lift,” said Chief Minister Michael Gunner.

What’s happening in the virus-affected states?

New South Wales reported 22 new cases on Tuesday – its highest in months – prompting officials to say the state was a on a “knife edge” with a new school cluster.

Meanwhile Victoria reported 331 new cases and another 19 deaths – equalling the record death toll reported on Monday which was Australia’s deadliest day of the pandemic so far.

The state has been the centre of the virus’ resurgence, but a recent drop in case numbers suggests the effect of a month-long lockdown and new restrictions were starting to curb the spread.

Premier Daniel Andrews acknowledged that many were feeling a “sense of fatigue” under lockdown, which is to go for another five weeks in Melbourne.

“No one wants to be in these settings but… this is the only way we’ll get the numbers down,” he said.

Australia – with around 22,000 cases and 332 deaths – has still fared better than many countries overall due to effective suppression measures early in the pandemic.

But since June – when most Australians emerged from a first lockdown – authorities have scrambled to contain the rampant outbreak in Melbourne.

Infections there make up more than 70% of Australia’s total cases since the pandemic began.

The outbreak is suspected to have begun with breaches in hotel quarantine of infected travellers returning from overseas.

Democratic National Convention: What to expect at Biden’s nomination party

Trump escorted out of briefing as man shot near White House

Trump escorted out of briefing as man shot near White House

Lets talk about this Cancel reply

All schools in Ghana have been closed down – NAPO

He was irresponsible; TB Joshua’s Ministry did a lot of damage – Nigerian Journalist